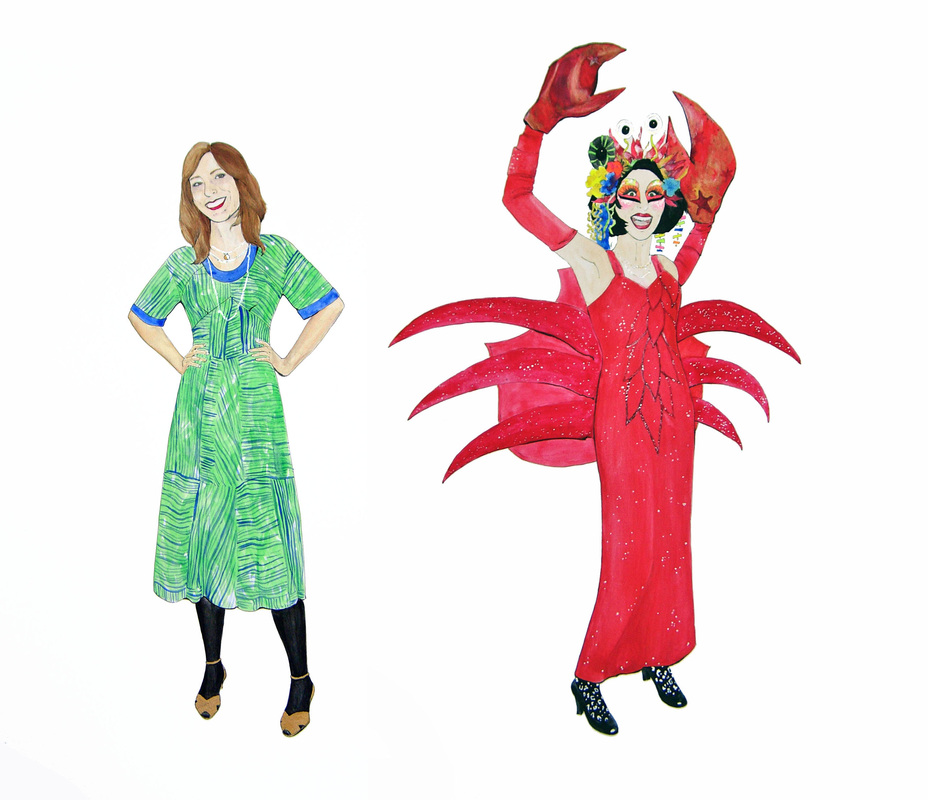 How long have you lived in the city?
Fourteen years, I moved here in 2000. I had friends who were living here in the middle of the Castro in this beautiful Victorian farmhouse.  I lived there in what was actually a tool shed and it was $350 a month. They ended up tearing it down to build condos but we lived there for about a year and a half.

What was your first impression of San Francisco?
I loved it; there was just so much happening.  In the fall of 2000 I went to the Faux Queen Pageant at the bottom of the hill and was inspired seeing people like Fauxnique and Windy Plains.  I remember a lot of people living in funky Victorians and having parties, it was a lot of fun.

What is your favorite neighborhood?
The Inner Richmond, I love that there are so many mom and pop stores that have been around forever.  It has a lot of personality and I like that there are a lot of old people and a lot of kids there and it’s not quite as wretchedly hip as other places.  I love Green Apple Books and the Dim Sum places and 100% Sweet Café, that place is amazing.

What has your experience been like living here as an artist and performer?
It’s been incredible, it has let me be the kind of artist and performer that I am.  The kind of weird drag stuff that I do and creating these bizarre characters is so specific to San Francisco.  There is a lot of cool fringe theater and a specific sensibility here that feels so special.  So many of the projects that I have worked on have been so welcoming which is unlike any place I have ever been.  It seems like so many doors are just open to people here.  There is this feeling of come on join the party everyone is invited.

Where do you find inspiration?
I’m inspired by bad Eighties musicians, 1930’s glamour and fashion, the Cockettes, Weird Al Yankovic, and my friends.

How did you start doing drag?
I was working at a corporate job that I really hated and then got involved in performing here and I really loved it, it was such a fun thing.  I highly recommend it for everybody its almost like art therapy. I went to see Midnight Mass’s Showgirls in 2000 and just fell in love with it.  The Midnight Mass shows were just so weird, smart and funny.  Those were the kind of theatre projects that I had always wanted to see and be involved in.  A few years later I emailed them and asked if I could be one of the lap dancers for Showgirls. They were very welcoming. I hadn’t done anything like that before and it was just so liberating, fun and goofy. I got involved with them from there and it has become a big part of my life.

Do you have a favorite drag performer?
I have a bunch! I have to say Peaches Christ is one of my favorites, I also love Martiny, Fauxnique, D’Arcy Drollinger, Carl with Records, Hoku Mama Swamp, Peggy L’Eggs, Martha T. Lipton, Cousin Wonderlette and a bazillion other fantastic performers I’m sure I’m forgetting.

How did your drag name come about?
I was inspired when I first moved here by a bunch of quirky drag kings in the city that were weird, nerdy and not sexy.  Actually a friend of mine suggested the name L. Ron Hubby and I thought it was awesome.  I started doing this spoof on Scientology thing. I first did it at Sugar Valley in 2006, which was an artist section of the Castro Street fair that lasted for about five years.  There were a lot of really great people involved like Mrs. Vera and Mr. Tina, that’s where I met some of the Cockettes for the first time.  I had a fake Scientology booth with free stress tests and a Tom Cruise beanbag toss.  For prizes we had, Scientology Pretty Ponies and Scientology Barbies we got from the dollar store, painted and gave little books.  I dressed up as a dorky mad scientist.  I was doing Faux Queen drag at the time too but under a different name and people kept getting confused so I started using L. Ron Hubby for everything even when I dressed like a girl.

Do you make your own costumes?
Most of them, I don’t sew but I tape things together and stick on stickers and assemble these costumey things.  I also borrow items from friends; Mrs. Vera has lent me a lot of incredible things.

How did you learn to do drag make-up?
I taught myself.  The first person to ever put make-up on me was Bea Dazzler at Midnight Mass for Show Girls.  Then I just started experimenting on my own, looking at pictures and trying to copy them.  I had friends who told me about Aquacolor and that’s all I use now.  I don’t use much glitter it just stays around too long.  It will be a week later and you will see it twinkling out of your nostril.

Do you have a favorite San Francisco Moment?
I think probably one of them is marching in the Pride parade with Verasphere every year.  I love those guys so much, they are so wonderful and warm to everyone and it’s an amazing experience to see people doing drag for the first time.  I remember taking long exposure photos at night at Sutro Baths and I have some special memories going to the old muse mechanic down at the Cliff House.  Also going to Halloween in the Castro many years ago.  I remember walking from my friend’s house at the top of Castro Street, it was so thrilling to look down and see all of those people, everyone was dressed up and I remember thinking wow, life can be like this, things like this can happen here.