Interview with Diego aka Trangela Lansbury 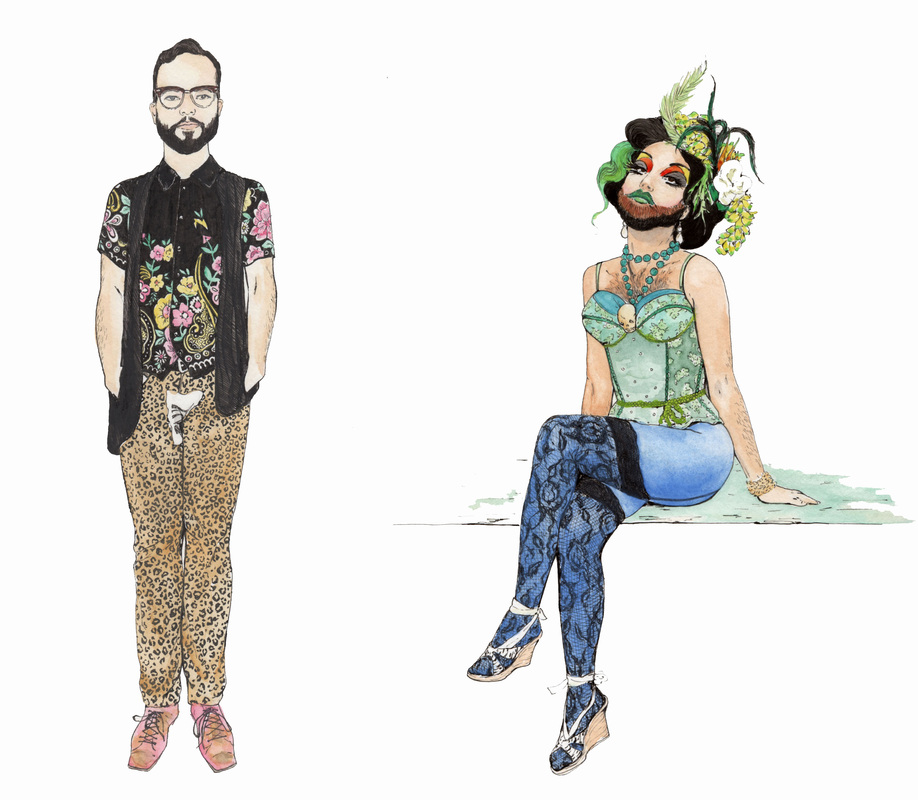 Occupation:
I used to feel weird saying Artist, but now I embrace it, I am an artist, Illustration, designer and performer.  I currently am playing a whore in the Cockettes’ musical Pearls Over Shanghai, it’s all energy and nipple tassels coming at you.

Style inspiration:
I don’t necessarily love Diana Vreeland’s style but I agree with her when she said that exceptional style is like a racehorse having something extra, it’s about having something extra.  Also often times by accident I end up looking like Edina from AbFab, she is hell-of tacky.  Drag is an opportunity to be, even more tacky then usual.  I just like tacky stuff, it’s just more fun.

Favorite Neighborhood:
I go to the SOMA most just because there is drag there.  I only go out for work, sex or drag…or the sun, I like to be in the sun.  I go to Dolores Park, I like to bring projects there.  I strap my easel to my back and bike it over to the park so I can work on paintings. That’s the good thing about being broke, you get creative.

Favorite Outfit:
I think the outfit I’m wearing is pretty good.  The sweater I found on the street, the shirt I bought at a sidewalk sale on Dolores for $3, my ex-boyfriend gave me these pants and then I screen printed the leopard pattern on them, they had a hole in the crotch which I patched with a patch that my friend gave me for my birthday and my shoes I got at Wasteland for a very reasonable price, they’re Vivian Westwood.